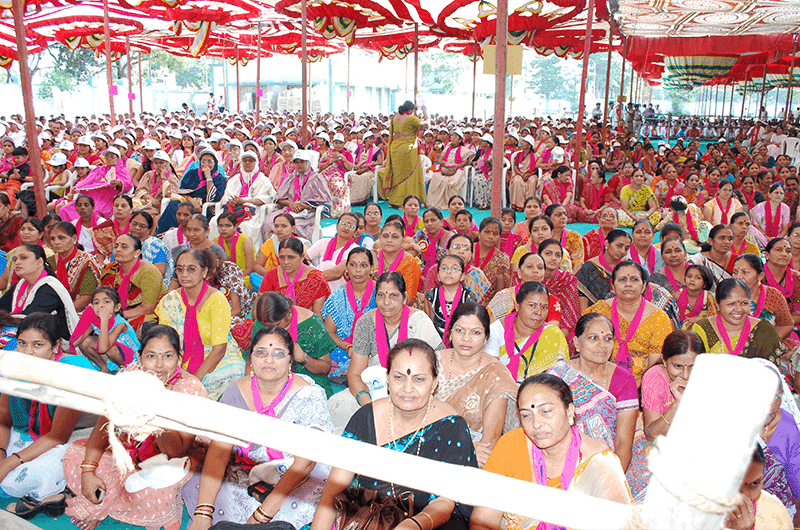 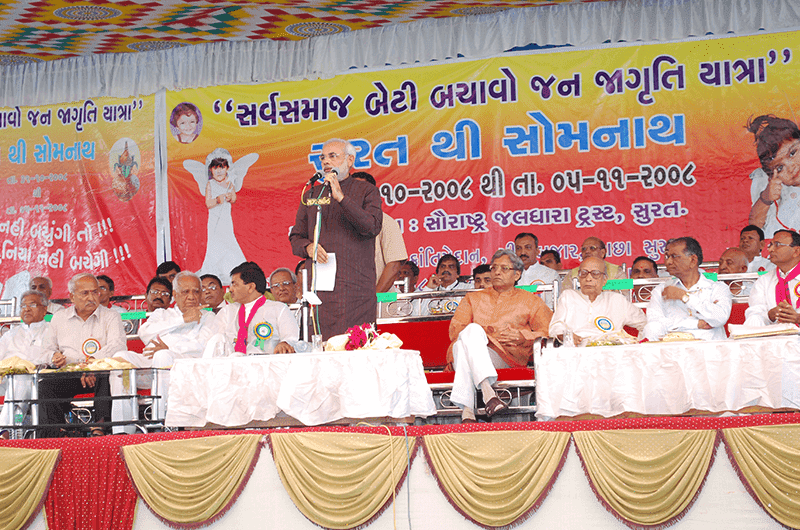 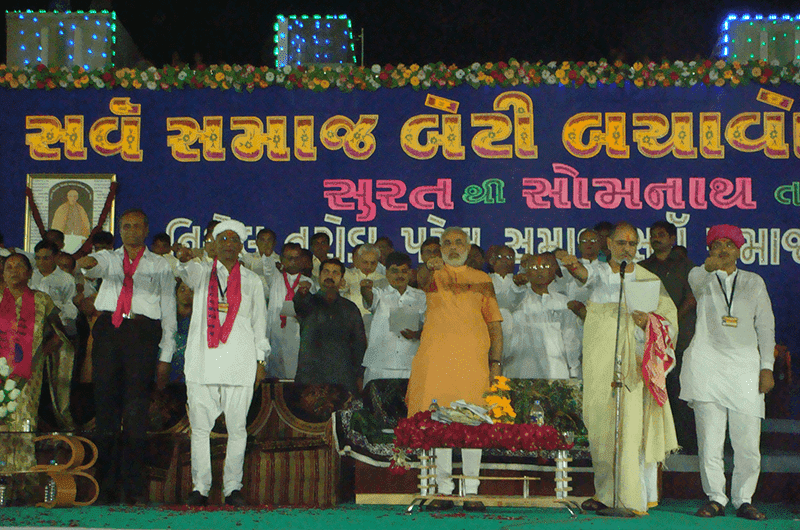 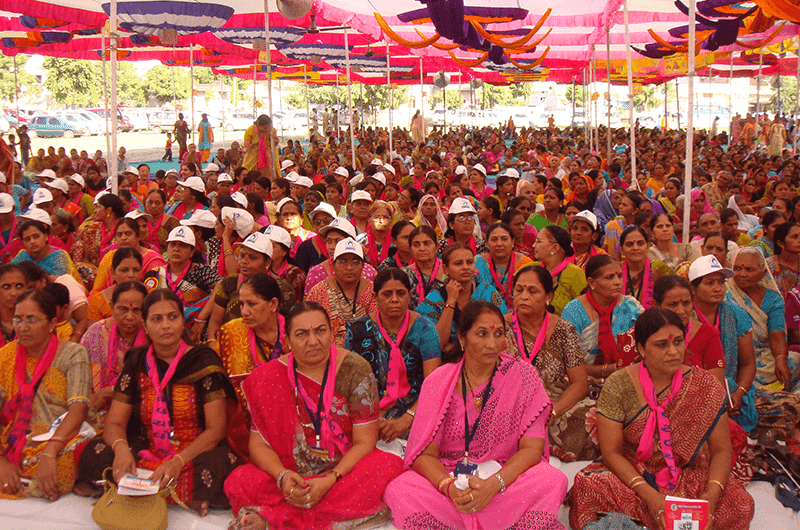 In an effort to fight the dwindling male to female ratio (increasing number of male birth as compared to female birth) and to spread awareness regarding saving the girl child by prohibiting female foeticide amongst the various small and big towns of Gujarat state, Shree Ramkrishna Charitable Trust introduced an innovative approach to support this cause.

An awareness program was initiated by Mathurbhai Savani (of Saurashtra Jaldhara Trust) and supported by Govind Dholakia and others, covered as many as 226 Taluka’s from Surat to Somnath regions of the Gujarat state wherein numerous families from each Taluka was then accumulated from each of the Taluka’s and collectively offered in the Arabian Sea as an unified oath of thousands of families to prohibit female foeticide.

Not only this, a representative sample was also forwarded to the President of nation on behalf of thousands of families of the Gujarat State.